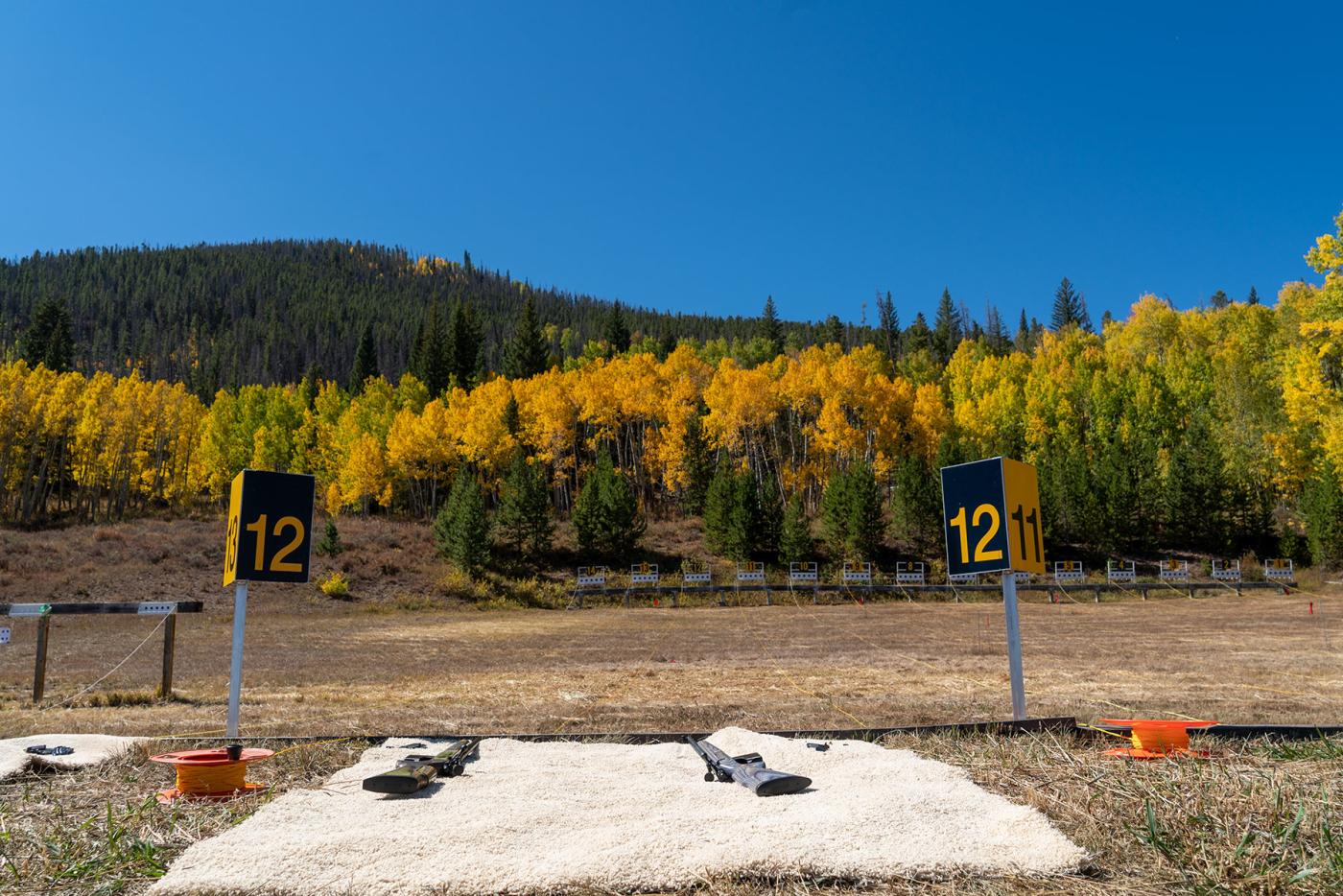 Accidents and accidental discharges of a rifle can be eliminated by following three rules:

Safe practices required of participants prior to training/practice sessions or races :

After leaving the range after practice or a race:

Cease Fire: stop shooting, clear rifle. Can be given by anyone who sees any unsafe situation.
Clear Rifle: bolt open, no round in the chamber, remove magazine.
Firing Line: area designated to shoot from with numbered positions. No one goes forward of the firing line unless "CEASE FIRE" or  "Range Closed" command is given.
Firing Point: a numbered position on the firing line from which a competitor shoots at the correspondingly numbered target.
Target Line Area: where targets are set up.
Down Range Area: in front of the firing line in the direction of the targets.
Prone: shooting position lying down.
Standing: shooting position standing up (also called "offhand").